Realme is starting the year with a bang and will announce a new phone on January 7. It will be called Realme V15, and it was formerly known under the code name Realme Koi.

Images of the phone were posted online, and the device has a gorgeous color on the back – a mostly yellow gradient that goes has some purple and some sunrise pink, truly eye candy.

The Realme V15 will be launched at 2 PM local time and will come with some fancy cards that wish the buyer good luck – after all, the Koi fish is associated with good fortune, perseverance, and abundance – stuff we all wish for in the dawn of the new calendar year. 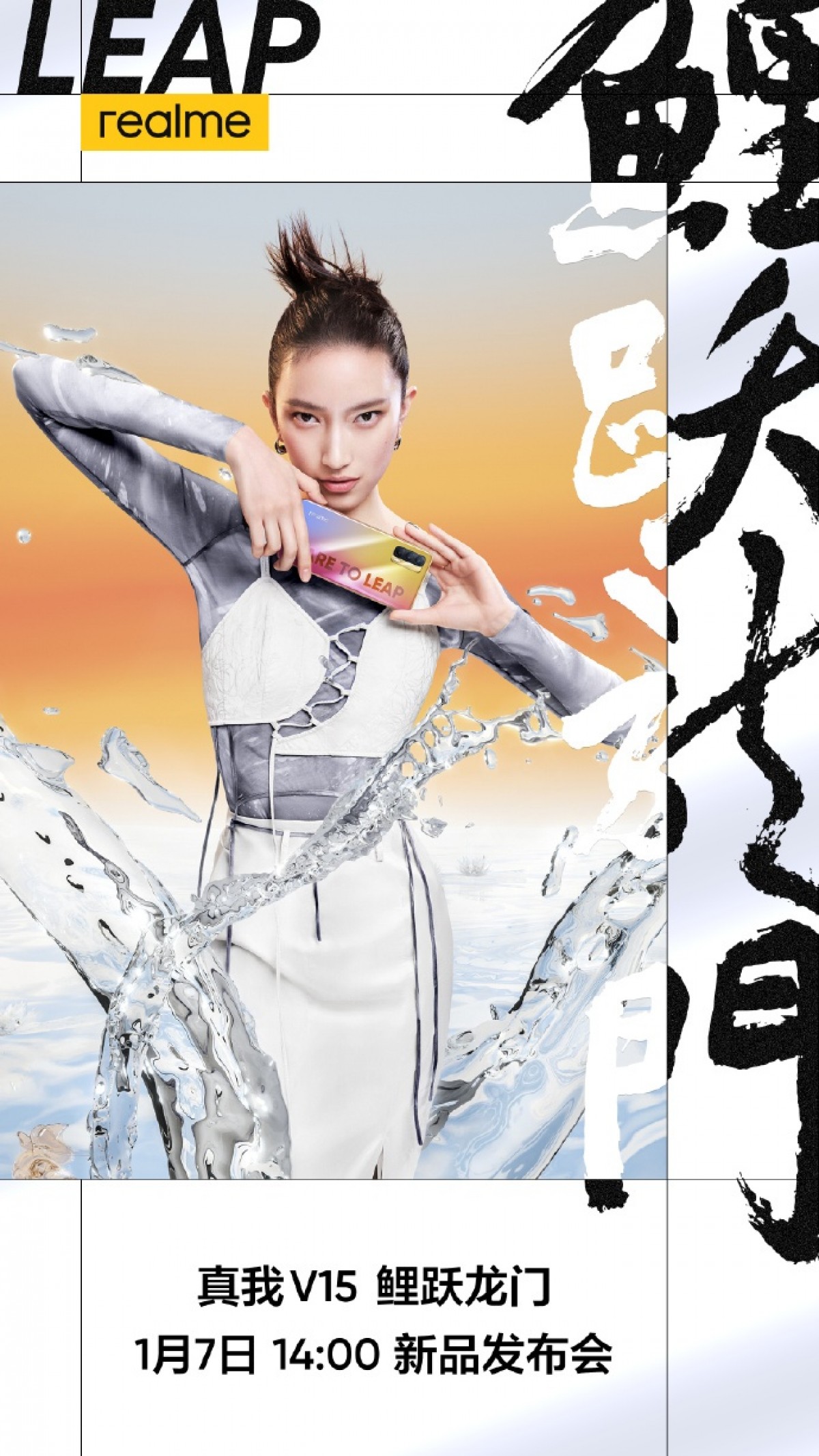 Speaking about specs, we have a confirmation of an earlier leak that the device will have three cameras on the back, lined up vertically. The images also reveal a front panel with a single punch hole in the left corner and it looks like the panel will be OLED since the power key is a physical button – the fingerprint scanner is nowhere to be seen and likely went under the panel. 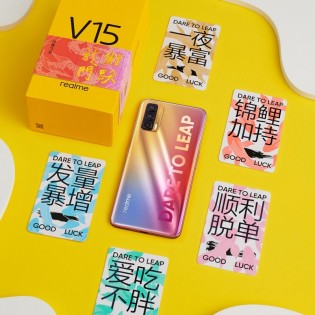 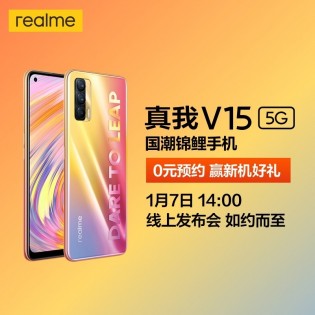 The phone might be already listed at JD.com, Tmall, Suning, and other major retailers, but we don’t have more specs aside from the 64 MP main snapper. Since the phone is scheduled to arrive under the V lineup, it is most likely a non-flagship, since both the Realme V3 and Realme V5 came with a pretty low price tag and the company CMO already promised a new series for the actual flagship Realme Race.

Source (in Chinese) | Via