Connect with us
Justice Kathawalla of Bombay High Court in its order has observed that recently the music industry which has experienced a rise of over the top service providers, who seek safe harbor under Section 31-D to exploit copyrighted works, through either internet broadcast or download features, without seeking/obtaining a license from the owners thereof. 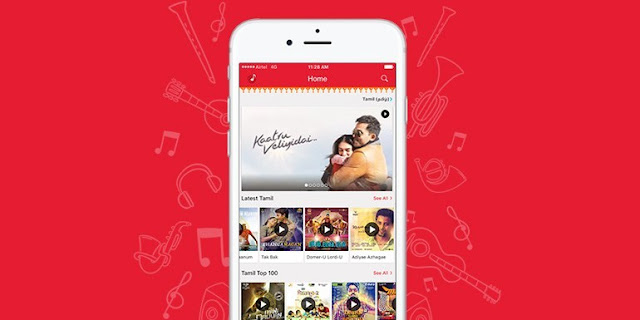 In my view, such use of the copyrighted works, through internet broadcast or download features, without obtaining a license from the owners of the copyright amounts to a usurpation of the exclusive rights of the owners to commercially rent, sell or communicate to the public their sound recordings.
In its order that will stop the way the OTTs had been exploiting the copyright content of various music labels without paying the license fee to the latter, the Bombay High Court issued injunction M/s. Wynk Limited, an Over-The-Top (OTT) platform & M/s. Bharati Airtel Limited (Airtel) from commercial rental or sale by way of allowing download in any manner, on its musical portal or Wynk App, of the songs from the repertoire of Tips and further, restrained it from allowing interactive streaming of the said songs.  The common order has been issued on 23rd April 2019 in favor of Tips Industries Limited  in two Commercial IP Suits filed by it against Wynk and Airtel.
The court while holding that the Sale/Commercial rental of sound recordings in a digital medium through the internet was no different than done through physical modes had inter alia observed that the activities of Wynk and Airtel, enabling its customers to download sound recordings and access them offline in lieu of a monthly subscription fee was essentially renting out the sound recordings which clearly did not fall under the exclusions provided in the definition of ‘commercial rental’ and were a vivid instance of a commercial rental as contemplated under the Copyright Act, for which Wynk / Airtel did not have any such right, authorization or permission of the Tips.
The Court also observed that with the purchase and download feature, Wynk was enabling its customers to store physical files / electronic copies of the Tips The repertoire on their devices in abrogation of the exclusive rights granted to the Tips under section 14(1)(e) of the Act. It also rejected the claim of Wynk that it is a broadcasting organization was entitled to a statutory license under Section 31-D of the Copyright Act, 1957 to communicate the work to the public by way of the broadcast of the musical work and sound recordings of Tips.
While observing that in the provisions of sec. 31-D of the Act, the legislature the intent clearly provided the distinction between the right to commercial rental or to sell on one hand and the right to broadcast, on the other hand, it held that the provisions of the said section provide only for communication to public by way of a broadcast of sound recordings and not their commercial rental and/or sale, thus excluding the latter activities from the purview of the statutory license issued under the said Section. It thus prohibited  Wynk Limited and Airtel from exercising a statutory license apropos thereto.
The court also negated the benefit of Section 31-Das claimed by Wynk that it being a broadcasting organization were communicating to the public by way of broadcast of the Tips Repertoire over the internet. It held that under the provisions of the Act and rules thereunder, Statutory License under Section 31-D, which was only restricted to radio and television broadcasting organizations and no other broadcasting was contemplated therein including internet broadcasting. It held that the contention of Wynk / Airtel that they are broadcasting sound recordings over the internet and that internet broadcasting is a type of audio broadcasting and hence internet broadcasting falls within the term ‘radio broadcasting’ was misplaced.
It was also observed by Court that Act and Rules therewith provide that prior fixation of the rate of royalty is the fundamental and primary criteria for any statutory license to come into existence in the first place. Without prior fixation of rate of royalty, there is no question of the existence of any statutory license. Thus, Statutory License under Section 31-D of the Act does not “automatically kick in” once notice is sent to the owner, without fixation of royalty rates by the Appellate Board.
The court also observed that Section 31-D is expropriation legislation and the interest of the expropriated copyright owners must be considered while interpreting the said section. The interpretation of the said section as proposed by Wynk and Airtel would push the copyright owners into a perilous the position where ‘internet broadcasting organizations’ could override the copyright owner’s exclusive right over their copyrighted works granted under the Act and use the works without their prior authorization/license.
The Court also specifically rejected the proposal of Wynk to allow it to broadcast Tips Repertoire over internet upon payment of the monetary deposit with the Court during the pendency of the Suit.
Mr. Kumar Taurani of Tips Industries Limited stated that the order manifests the the provisions of 31-D of the Copyright Act in its correct perspective, which were hitherto being is-utilized by various OTTs. He was positive that the OTTs and other service providing platforms will now approach the first copyright holders for providing licensed downloads of their music.
Related Topics:
Up Next

Intel launches new blockchain chip, know what will be the effect on crypto currency