Dell has updated its premium laptop offerings under the XPS series with the latest Intel chipsets. The Dell XPS 15 and XPS 17 will now be powered by Intel’s 12th generation Elder Lake-H processors. With this, Dell laptops will be available in a total of three new CPU configurations.

In addition to the new CPU, Dell’s XPS lineup now has an upgraded DDR5-4800 RAM. Interestingly, it will be configurable up to 64GB of memory. Everything else about the laptop remains the same.

For those unaware, Dell launched the XPS 15 and XPS 17 in India in August last year at a starting price of Rs 2,23,990. Dell’s in-house premium laptops came with 11th-generation Intel Core i9H processors and featured up to NVIDIA GeForce RTX 3060 graphics on the XPS 17.

Things are largely the same with the revised model, except for the 12th-gen Intel chips. While the new XPS 15 and XPS 17 still feature a durable, lightweight design, the XPS 15 features a 15.6-inch 16:10 display, which expands to 17-inches on the XPS 17. It has both touchscreen and non-touchscreen options. The two laptops, respectively, with 3840 x 2400 pixel and 1920 x 1200 pixel resolution.

As mentioned, the new Dell laptop’s memory expands to 64GB of DDR5-4800 RAM over two channels. There are also storage options between 512GB, 1TB and 2TB of PCIe 4.0 NVMe SSD. XPS laptops support up to 8TB of total storage expansion. Other features of the XPS 15 and XPS 17 include Thunderbolt 4 ports, a 3.5mm audio jack, and an SD card reader.

Jio brought new plans of Rs 279 for IPL, know what will be the benefit to the consumers

The company launched Razor x Lambda TensorBook on Thursday. The laptop, built in collaboration with deep learning-focused company Lambda, runs Ubuntu 20.04 LTS and is designed for machine learning and artificial intelligence researchers. It is powered by the 11th generation Intel Core i7 processor, paired with 64GB of RAM and Nvidia RTX 3080 Max-Q graphics. Tensorbook flaunts a 15.6-inch display with 165Hz refresh rate. According to the official website, when running TensorFlow, Tensorbook M1 Max claims to offer up to four times faster performance than the MacBook Pro with the chip.

Price, Availability :
The Razer x Lambda TensorBook price starts at $3,499 (roughly Rs.2,67,980) for the base model, which comes with Ubuntu, Lambda Stack, and a one-year warranty. The company is also selling a standard model, which comes with two years of support, priced at $4,099 (approximately Rs 3,13,930), while three years of support for Ubuntu, Lambda Stack and Windows 10 costs $4,999 (approx ) is. Rs 3,82,850). Tensorbook models are currently available for purchase from the Lambda website in the US, and there’s no word on when it will be available in other markets, including India.
Specification :
The new Razer x Lambda TensorBook runs on Ubuntu 20.04 LTS, with optional support for dual-booting Windows 10 Pro on the Enterprise model. It features a 15.6-inch Quad-HD (2,560×1,440 pixels) display with a refresh rate of 165Hz. The Tensorbook is powered by the 11th generation Intel Core i7-11800H processor with 64GB of DDR4 RAM. It is equipped with Nvidia RTX 3080 Max-Q graphics with 16GB GDDR6 memory. There’s a 2TB NVMe PCIe Gen 4 SSD for storing content.
According to Razer, TensorBook will also include PyTorch, TensorFlow, GPU drivers, CUDA, Lambda stack for managing cuDNN out of the box for machine learning workloads.
Connectivity options include Wi-Fi 6e, Bluetooth v5.2, two Thunderbolt 4 ports, three USB 3.2 Gen 2 Type-A ports, an HDMI 2.1 port, an SD card reader, a 3.5mm combo audio jack, and a power port .
The Tensorbook is equipped with a 1080p webcam. It packs an 80Wh lithium polymer battery that supports 100W fast charging over USB Type-C and 230W fast charging via the power port. According to the company, the dimensions of the device are 355x235x16.9mm and the weight is 2.02kg.
Continue Reading

Apple Watch Series 3 may be discontinued soon, know what is the news

Apple Watch Series 3 is said to be discontinued in the third quarter of 2022 as its processing power may not meet the requirements of the new version of watchOS. The Apple Watch Series 3 was released in September 2017, making it nearly five years old. This is currently the oldest Apple Watch to support the latest version of watchOS 8. According to a recent report, Apple has been tipped to end support for this smartwatch when it unveiled watchOS 9 at its Worldwide Developers Conference (WWDC) later this year. 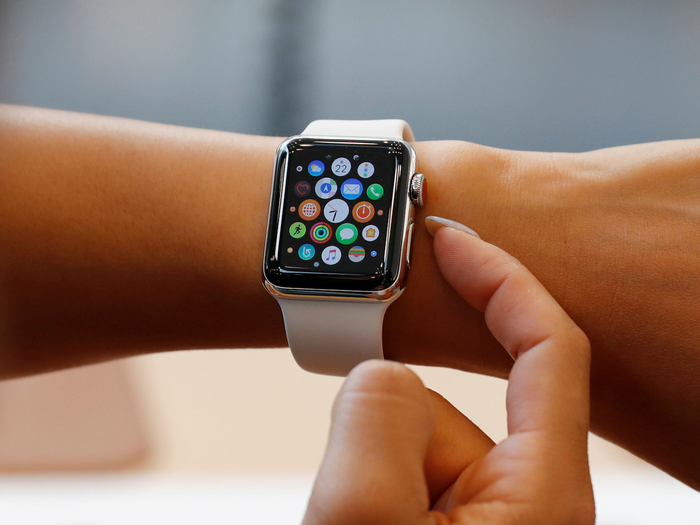 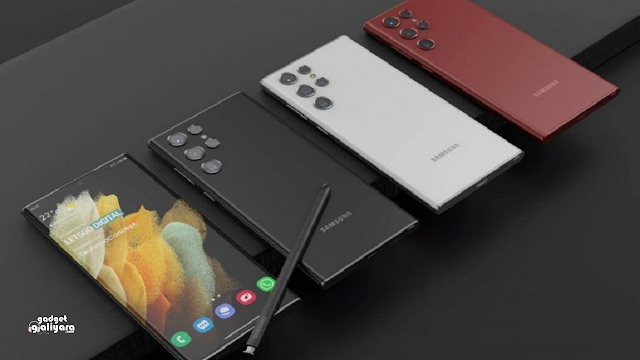 Samsung Galaxy S22 runs on Android 12 with One UI 4.1 on top. The smartphone flaunts a 6.1-inch full-HD+ Dynamic AMOLED 2X display protected by Gorilla Glass Victus+, while the chassis is protected by armored aluminum. The display also comes with Samsung’s Eye Comfort Shield for blue light control and an adaptive 120Hz refresh rate that can be as low as 10Hz. Under the hood, the Samsung Galaxy S22 packs an octa-core 4nm SoC paired with 8GB of RAM.

The Samsung Galaxy S22 offers up to 256GB of onboard storage, while connectivity options on the handset include 5G, 4G LTE, Wi-Fi 6, Bluetooth v5.2, GPS/ A-GPS, NFC, and a USB Type-C port. Sensors on board include accelerometer, ambient light sensor, barometer, geomagnetic, gyro scope, hall and a proximity sensor. The smartphone also sports an ultrasonic in-display fingerprint sensor. The Samsung Galaxy S22 packs a 3,700mAh battery that supports fast charging at 25W, while the smartphone supports 15W wireless charging as well as Wireless PowerShare for reverse wireless charging. The dimensions of the phone are 146×70.6×7.6mm and the weight is 168 grams.